To share your memory on the wall of Bernice \"Bea\" Slaske, sign in using one of the following options:

Print
Bernice 'Bea' Slaske age 89, of Stevens Point, passed away Monday afternoon March 8, 2021 at Whispering Pines Living Center in Plover, where she has resided since January.

A private Mass of Christian Burial for Bea will be held at St. St... Read More
Bernice 'Bea' Slaske age 89, of Stevens Point, passed away Monday afternoon March 8, 2021 at Whispering Pines Living Center in Plover, where she has resided since January.

A private Mass of Christian Burial for Bea will be held at St. Stephen Catholic Church for immediate family only. The funeral Mass and the recitation of the Rosary will be available for viewing on Bea's webpage at www.shudafuneral.com on and after March 15.

Bea was born September 10, 1931 in Beaver Dam, WI, the daughter of William and Susan (Rauch) Kumba. She graduated from Beaver Dam High School in 1949. Bea married Joseph Slaske on September 2, 1950 at St. Peter Catholic Church in Beaver Dam. The couple settled in Stevens Point after their marriage. Bea had always desired to go to college. Though she never obtained a college diploma, she had a PhD in Motherhood! She made every event more meaningful with her own special touches and she made it look easy. She made costumes for the Stevens Point Junior Civic Ballet, served as a Girl Scout leader, and loved to host guests at the family home. Bea also worked part-time as the girls grew older, including working for the Stevens Point School System lunch program. In 1976 the family moved to Eau Claire, and Bea was an active member of the Immaculata Society at Immaculate Conception Parish and worked at Nelson's Card and Gift as a cashier. In 1989, Bea and Joe moved to manage the Loring Green East Condominium complex in downtown Minneapolis. Upon retiring in 1993 they returned to Stevens Point. Bea served as an Eucharistic Minister for St. Stephen Church and was a member of the St. Anne Society at St. Joseph Church. Together Joe and Bea enjoyed traveling, bowling, golfing, playing cards, and dancing. They celebrated their 50th anniversary in 2000 with a memorable celebration with family and friends. Bea also enjoyed baking, sewing, and playing games on the computer, but most of all being with her beloved family.

The family requests memorials in honor of Bernice be directed to St. Stephen Catholic Church in Stevens Point.

Online condolences may be sent by visiting shudafuneral.com

We encourage you to share your most beloved memories of Bernice "Bea" here, so that the family and other loved ones can always see it. You can upload cherished photographs, or share your favorite stories, and can even comment on those shared by others.

Fred Kumba Family and The Kumbas sent flowers to the family of Bernice "Bea" Slaske.
Show you care by sending flowers

Posted Mar 19, 2021 at 09:07pm
Lynn and family. So sorry to hear of your mom's passing. You all have my deepest Sympathy. May she R.I.P. Cherish the memories. I have a lot of memories of her from when our parents hung around together and our years of school together. I will always cherish those days. I watched the video that was posted. What a lovely service. Chris (Higgins) and Jeff Keel, St.Pt.
Comment Share
Share via:
AD

Posted Mar 13, 2021 at 09:40am
I would like to send my condolences to Bea's family. Got to know her at St. Stephen's Church and the fish fries at Pacelli after Stations on Fridays. Knew Joe when he was in high school and watched him doing a great job jitterbugging at a school dance. I am remembering her in my daily prayers. May she rest in peace......... Angie Derezinski
Comment Share
Share via:
MR

Posted Mar 11, 2021 at 06:51pm
This message goes to the wonderful daughters Bea raised. She did a wonderful job. I enjoyed knowing knowing you all. Especially the time spent with Donna during our 4 years at pacelli. Take care . My sympathies, good memories and peace to you all.
Comment Share
Share via:
FF

The Kumbas purchased flowers for the family of Bernice "Bea" Slaske. Send Flowers 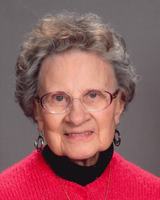