To share your memory on the wall of Richard Raatz, sign in using one of the following options:

We encourage you to share your most beloved memories of Richard here, so that the family and other loved ones can always see it. You can upload cherished photographs, or share your favorite stories, and can even comment on those shared by others.

Kevin & Susan Weber, Britt-Marie and Thore. Josephin, Marcus, Lowe and , and other have sent flowers to the family of Richard Raatz.
Show you care by sending flowers

Posted Jun 09, 2021 at 02:47pm
Dick and Marnie were my mom's next door neighbors for over 15 years, and as she aged, they were so kind and attentive to her needs and tolerant of her foibles. I also remember long visits with Dick in his garage as he worked on his carvings and told ""Alice" stories, much to his amusement. He was a gifted woodworker, and I am grateful to have a lovely crane and, most recently, a Nor'eastern fisherman. I remember my mom telling me how much he enjoyed liver and onions when she made it for my dad and shared with him. Dick was great company for my dad before he passed too, and they so enjoyed fires in the back of the apartment when they all could join as well as the birds that he fed. He was a kind man, and he will be missed. My heart goes out to Marnie and his children and grand children.
Comment Share
Share via:
KG

Posted Jun 09, 2021 at 02:01pm
Dick and Marnie were my grandparent's next door neighbors for a very long time. He and Marnie were extensions of our family. They were there when my grandfather died and always watched out for my grandmother, Alice, up until just a few years ago when she had to move into assisted living. She passed a few months ago and I hope they cross paths up there. My favorite memories of Dick were of him in his garage working on wood sculptures. He always had a smile, a joke, and a report on how my the mischief my grandparents were up to. I am so sad today to learn of Dick's passing. My family's prayers will be for Marnie, Dick and your whole family.
Comment Share
Share via:
DB

Posted May 26, 2021 at 09:54pm
My heartfelt thoughts and prayers to the Family. I knew Dick briefly through his brother, Bob who is my Brother-in-law.
Dick also shared the sense of humor that Bob had, was always kind and fun-loving. When Bob passed I remember Dick being extra supportive of my sister, Joanne. Which said a Great Deal of his laurels.
Dick made the world a much better place.
Daniel Bernhardt
Comment Share
Share via:
KW

Posted May 25, 2021 at 10:50am
Rest Well Dear Friend. You will be missed. Our thoughts and prayers are with Marnie and the entire family. 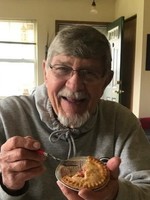 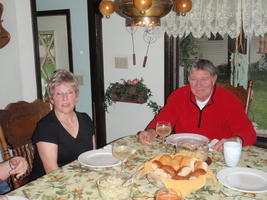