To share your memory on the wall of Isadora Carroll, sign in using one of the following options:

We encourage you to share your most beloved memories of Isadora here, so that the family and other loved ones can always see it. You can upload cherished photographs, or share your favorite stories, and can even comment on those shared by others.

Bonnie and Fred and Langham Nieces and Nephews sent flowers to the family of Isadora Carroll.
Show you care by sending flowers

Posted May 31, 2021 at 08:59am
I was blessed to have known Isadora. When I was just 13 years old and newly confirmed, I was looking to further my faith involvement by teaching CCD. Isadora took me under her wing and welcomed me to coteach with her and be her CCD teaching assistant for 4th grade. I remember being very nervous in the beginning, but she always looked forward to my presence in class and welcomed me with that beautiful warm smile and twinkling look in her eyes. She would always greet me with, "hello Frances, I'm so glad you're her. Are you ready to help me teach young minds today." Little did she know that her encouragement helped me continue to teach the faith for years following my CCD teaching at St. Casimir's. I have continued teaching faith formation at St. James in many fashions. Even becoming their youth minister. I currently co-teach Confirmation at St. Max now as well as substitute teach full-time for the Tomorrow River School District I know she was influential in who I am today and my life is blessed having had the privilege of crossing paths with Isadora. Soar with the Angels and God be with you always.
Love and God's blessings to the entire Carroll family during these difficult times.
Fran Peplinski (Lewandowski)
Comment Share
Share via:
BF

Bonnie and Fred purchased flowers for the family of Isadora Carroll. Send Flowers 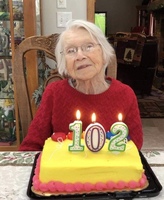